…or pavement without road? A critical look at the contradictions in provisioning “space for cycling” and expecting it not to compete with pedestrian interests.

Or pavement without road?

As the debate about manufactured conflict on Edinburgh’s cycleways continues, there have been encouraging signs that I’m not alone in wondering why people are suddenly held to a much higher standard when they leave their car at home.

Less than chivalrous behaviour behind the wheel is seen as lamentable, perhaps, but certainly understandable, even inevitable. When the same person is persuaded to try cycling instead, any failing on their part becomes a moral panic, not just bringing down wrath on them but on all of the other 43% of UK citizens who own bikes!

I’ve already written about my scorn for collective responsibility (twice!). In this post I’d like to try and stir some thought on the other great question of our times: why is it seen as less than legitimate to use a shared cycleway for… cycling on?

I was prompted to write this post in particular by yet another CCE debate. The point has been made many times that people drive at similar (or greater) speeds on roads where peopler are walking, with or without pavements, so cycling behaviour is both expected and still a massive improvement. Someone replied:

A cyclist brushing by a pedestrian at 20mph on a shared space route doesn’t feel like a brush with a slow moving vehicle.

Then remove the shared space routes; it doesn’t work, and will never work, while people see them as a belt along as fast as you can pedal, (motorised)traffic-free cycle route.

They’re not; they’re for pedestrians and more vulnerable, less road-confident, or just those out for a meander, cyclists.

If you want a “hard-going” route into town at maximum pace, use a road. Not a shared space. It doesn’t work, and causes unnecessary animosity.

A question of expectations

Edinburgh’s West Approach Road was built onto the North British rail line which ran into Princes Street Station (demolished in the late 60s). It’s an unfriendly tarmac canyon which speeds traffic for a little over a mile, saving drivers a few minutes at either end of the day: 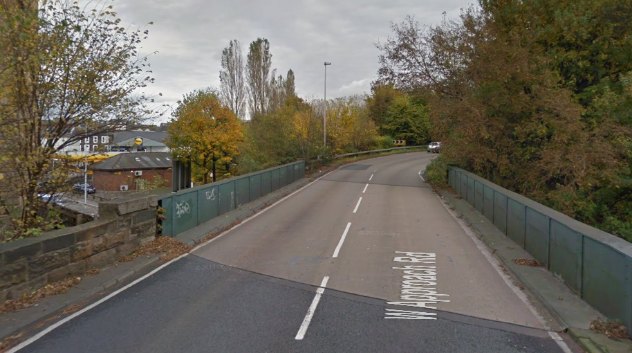 Let’s suppose for a moment that the Council decided to seize the forum’s advice boldly and re-allocate the West Approach Road for cycling. They’d probably want to let some greenery grow at either side and have a narrower strip of tarmac, but everything about the route is otherwise spot on – good gradients, well lit, etc etc.

At last we’d have a route which re-allocated space to cycling, one which wasn’t contentious with pedestrian lobby groups, a virtual paradise!

But wait… Edinburgh Council have done *exactly this* with another stretch of the same railway line. Just a few hundred feet from the paving of the West Approach Road, the same railbed has been (slightly more sympathetically) tarmacked and presented to the city as a key commuter route which is not accessible to cars: 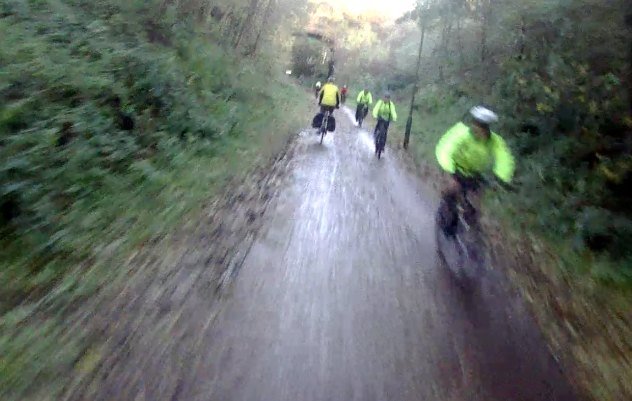 Naturally it’s wildly popular with people cycling between the West End, Leith, and anywhere else in the northern half of the city. And what do we say about it?

“remove the shared space routes; it doesn’t work, and will never work … use a road”

Cycle routes for cycling on

I’m sure I’m not the only person who thinks this process of self-hatred is weird. I don’t want to condone nasty cycling any more than I would condone nasty driving, but if we have any realistic aspirations for cycling as an everyday (continental style) activity, we have to understand that people must ride somewhere.

Some of them will go faster than others, and if the West Approach Road ever is converted to a shared cycleway, we *will* see this exact debate play out again. It is not realistic to imagine that we can create separate cycle space free of pedestrian conflict, because almost by definition, cyclists and pedestrians will compete for anywhere that fear of violence at motorists’ hands is removed.

Shouldn’t we be honest about the fact that creating cycle space competes directly with other modes (pedestrian as well as motorised) but that it’s still eminently worth doing?

Shouldn’t we be up front about the fact that not every driver is perfect, and so taking people out of their cars in the process of making a more liveable city inevitably results in less-than-heavenly cycling, but that this is still a huge leap forward?

Because if even cyclists don’t believe this, what hope anyone else?

4 thoughts on “Road without pavement?”