Why do people sit in traffic on the Calder Road when there’s an existing segregated cycle route from Currie to the Gyle?

When ‘almost’ is not much good at all…

Not far from our new house lies the curiously named “Donkey Lane”, a cycle path linking Currie with the Riccarton campus, Hermiston Gait and the Gyle, not to mention the west end and Lothian Road (via the canal).

Donkey Lane allows you to avoid the sort of daily rush hour traffic which I’ve attached in video for contrast. While you read this article, you may want to play that in a second window alongside (or if you really have the patience… it’s embedded below)

Now, back to Donkey Lane: 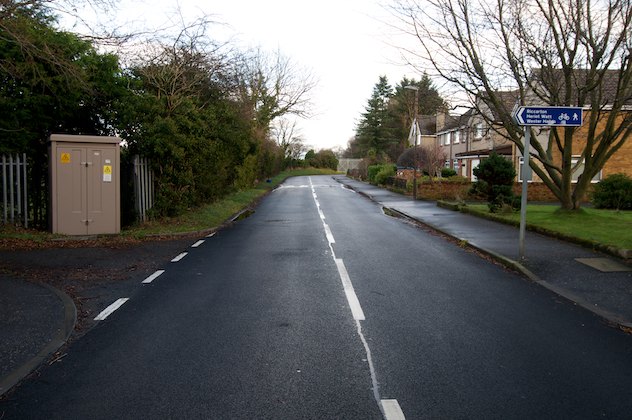 Considering the huge queues that pile up every day along the A70 and down at the Calder roundabout, you’d think that this would be a popular facility- it takes me an hour to drive to our swanky office on the shore, yet I can bike it in roughly half an hour… 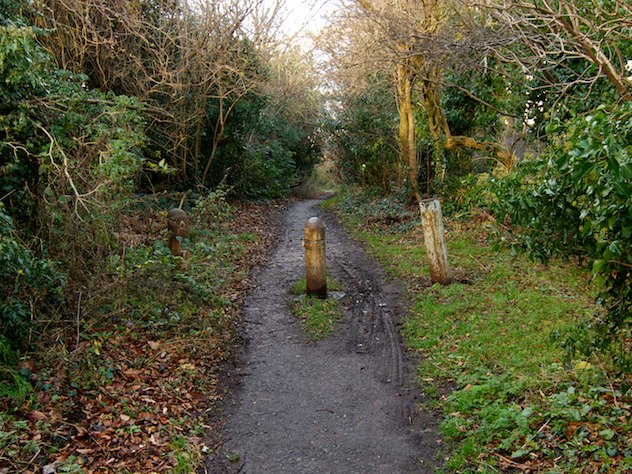 Unfortunately most people don’t get any further than this – the entrance.

In reality, almost nobody uses Donkey Lane. So at least we aren’t alone there.

We house-shopped based on good school catchments with a linear segregated cycle route into town, so it’s a surprise to admit that we are driving more (vastly more) than when we lived in the south of Edinburgh in a flat which more or less pre-dated our interest in cycling. 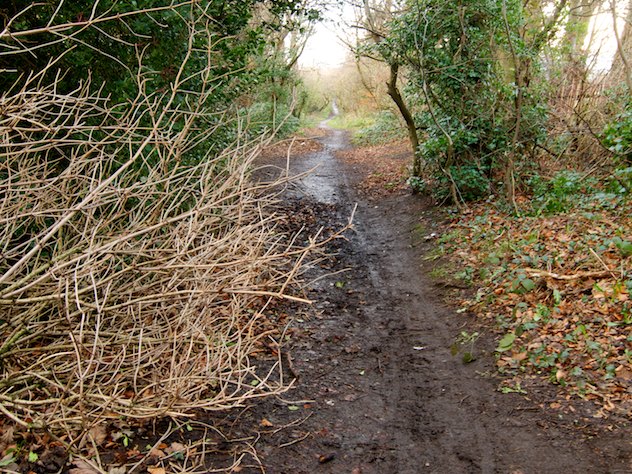 Donkey Lane is a public right of way but is in private ownership, and self-evidently receives no significant maintenance. In summer it’s horrendously overgrown, and for the other eleven months of the year it’s clearly a sort of linear swamp which can only attract the most dedicated masochist. 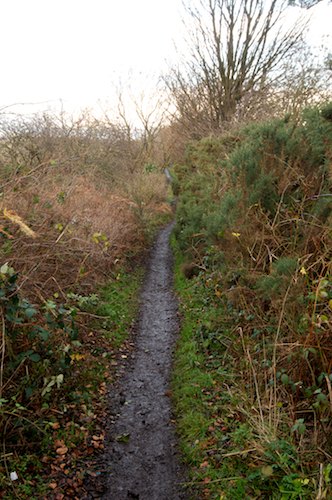 There’s a serious upside to using these paths – it’s unusual for even one car to overtake me cycling between Currie and Leith, eleven miles away. And I’m saving 30 minutes each way over driving!

Unfortunately, after initial enthusiasm I have to confess that getting covered head-to-toe in mud and destroying hubs like they’re going out of fashion (despite full SKS guards) can get a little tiring. 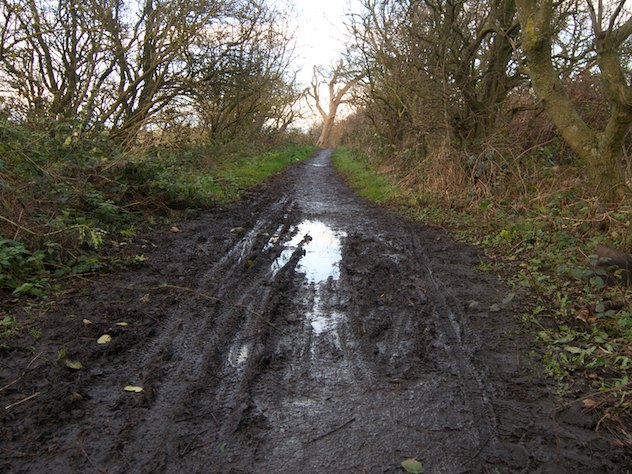 With the council looking to add 10,000 homes or so to this side of Edinburgh in the next few years, and constant hand-wringing over road capacity, you’d think paths like these would be massively low-hanging fruit.

On an average morning I can count a hundred cyclists between Wester Hailes and Leith on the segregated path network. If they all drove, it would be like one extra car every 20 seconds!

There’s only one cyclist who I see (on a blue moon) travelling via Donkey Lane, despite Currie having no shortage of well-off, well-educated people who are (for better or worse) the sort of people who seem to be candidate cyclists today. Instead they all sit bumper to bumper on the A70… 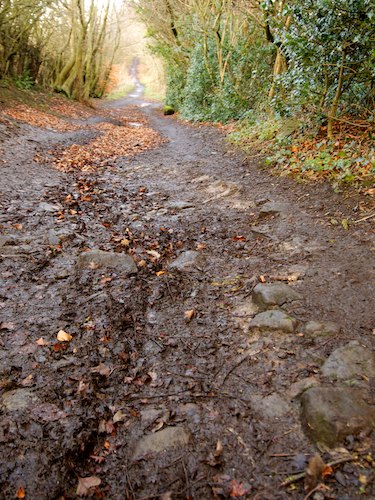 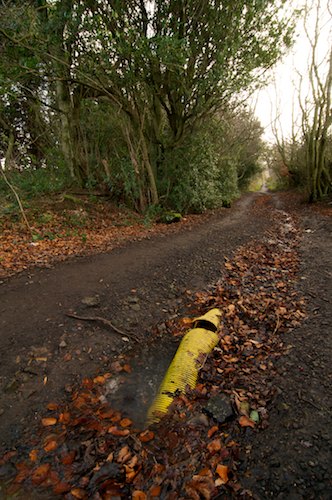 There’s something of a heated debate on CCE just now about plans to properly surface a couple of East Lothian’s old railways, which has naturally been opposed by the usual competing interest groups.

No doubt the same argument can be made for Edinburgh paths like Donkey Lane and the Water of Leith – but we should be clear that we’re trading a lot of extra idling diesel engines to benefit a minority who prefer their paths filthy.

Cycling is itself a minority pursuit, so I suppose it comes down to whether we want to get people out of their cars at the expense of people like riding schools, whose horses understandably prefer a natural surface. 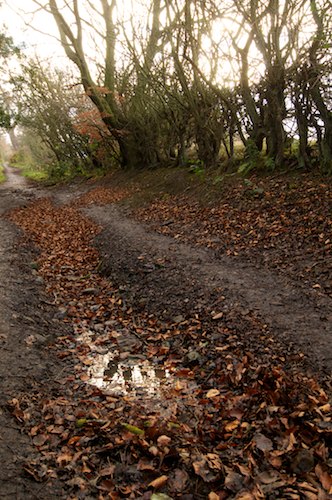 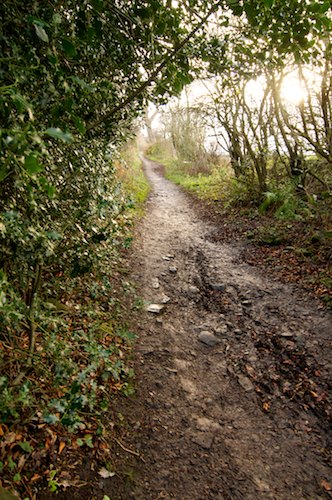 You only have to stand on NEPN for a few moments to be passed by dozens of people who’ve left their car at home. Here almost everyone drives despite having a choice of segregated cycleways, because getting covered in mud (and needing expensive lights to avoid rocks and roots) is a hefty disincentive.

Does having a mud surface prevent speeding riders? Well, it is on Strava at 24mph… but would you rather have a 24mph cyclist on a deserted path or a load of 40mph drivers going past your local primary school?

Would you rather queue as in the video or have 10-20% of those vehicles cycling instead?

Evidently, it’s not enough just to have a muddy chute, because people aren’t going near it.

I raised this with our councillors and two of them were good enough to obtain a response:  “Donkey Lane forms part of the Council’s long term proposals to create a ‘family friendly’ cycle network across the city and we plan to focus on its development once the shorter term priorities have been delivered”.

I’m not holding my breath, considering that it took ten years from the Land Reform Act to sort out the *signage* for cycling in the Meadows… but I am looking forward to getting back out of the car some day. 🙂