That means the average prospective buyer now has to scrape up just £8,635 by way of a deposit before they can get their feet on the housing ladder.

In the last four years alone, cycling to work has comfortably earned me that deposit, and in this article I’m going to demonstrate it with my real costs and savings. 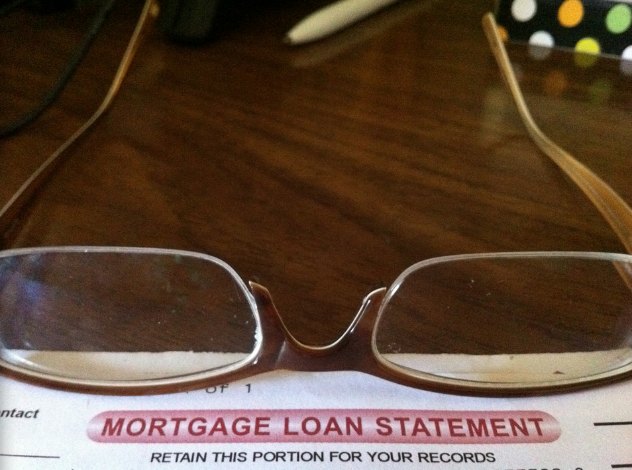 P.S. – please don’t take this as a recommendation for extremely expensive 95% mortgages! I’m no financial adviser, but I can tell you that paying a multiple of the going rate is not good for your wallet…

Four years of motoring – the costs

Cycling to work means we’re a one car family instead of two, and I think it’s accurate enough to use the real costs of the car we do run as a proxy for the second.

I’m a man of frugal appetites when it comes to cars – a nice practical diesel estate is my weapon of choice – you can transport anything, get reasonable mileage and it will still do 100mph in a 30 zone†, so it’s plenty fast enough for me.

Averaged across the last four years, the annual cost of running the car are as follows:

These are actual billed costs (you’ll forgive me if I don’t screenshot my bank statements) with depreciation based on a worst case of the car nearing the end of its useful life now we’re over 100k on the clock. (Yes, I’m also intrigued that service and MOT is so close to the cost of all other repairs put together…)

To this we need to add the cost of fuel.

Four years of cycling – the costs

With a healthy disposable income I don’t like to think of my total spend on bikes, but fortunately I have a dedicated commuter which makes it pretty easy to work out, with just a couple of assumptions.

My current bike is two years old, custom built and cost me precisely £778.79 (if you were buying one yourself, I’d charge you for the labour – but you can buy a reasonable off-the-shelf bike for £800).

It was designed to be maintenance free, with drum brake, dynamo, and a hub/coaster rear wheel. This plan would have been quite successful except for my habit of destroying hub gears.

I’m now on wheel #5 (fixed wheel) after destroying a Sturmey Archer 5 speed, 2 speed, SRAM Automatix and Velosteel singlespeed hub at an average of six months apiece. The cost of these hubs was £270, but I also bought a second rim and two more sets of spokes bringing the total for all rear-wheel antics up to £355.

Let’s set the refund I got on two of the hubs off against my opportunity costs for five DIY wheel builds. All other components have survived quite happily with two exceptions: I’m on my second set of replacement bar tape (£10 a pop) and my total spend on tyres and tubes is a hefty £175 (I have expensive tastes).

The bike I had before was actually a lot cheaper to run; I bought it for only £550 and spent almost nothing on it – two sets of tyres a year and a new chain came to around £100 (it was a well-abused fixed wheel). Since it was stolen and I self-insure, I’ll put the full cost on the tab.

SPD shoes last me around 18 months and otherwise essential commuting gear is few and far between, since I mainly get away with technical stuff I have lying around anyway, grabbing the occasional mail-order bargain.

Alas, I can also dip into my “sport” collection as required, so the boundaries are blurred. I’m going to estimate a generous £200pa on riding gear to be on the safe side. 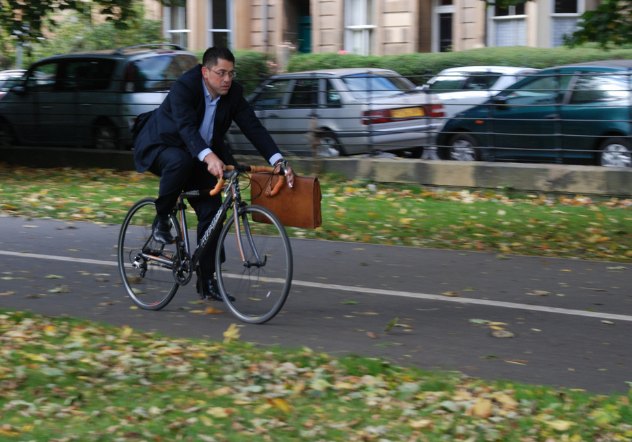 Admittedly, I totally searched for “Edinburgh Cycle Chic” for this one…

I’m getting a bit of the middle aged spread now, but the first two years after I took up cycle commuting I ate a ton of cake and lost three stone (16.5kg) – more than I ever achieved with the gym membership, which I’ve long since given up.

Edinburgh Leisure membership is agreeably cheap at £29.00 a month, but that still adds up to quite a bit…

(With apologies for the professional in-joke).

Of course, if both members of a professional couple were able to make the same saving, you’d have a healthy 10% deposit every four years – or to put it another way, you’d pay off more than half your mortgage over a standard term, just by offsetting your motoring costs.

I don’t mind cycling in the rain, but I’d be positively ecstatic about the occasional shower in return for half the mortgage being paid off for me! Sadly, maths is no guarantee that you will convert your other half…

† this is reassuringly theoretically true