The SNP has shown the 7% on bikes must vote ‘no’

In 2007 I voted SNP, hoping that they would offer an alternative to the ‘business as usual’ of Labour and the LibDems. I won’t say that Scottish independence was really on my agenda at the time – but it wasn’t a simple protest vote either.

I really hoped that a party purporting to have Scotland’s best interests at heart might be a successful choice.

While in some ways the SNP have distinguished themselves, often it hasn’t been in the way I would have liked (such as removing the tolls over the Forth Bridge then putting me on the hook for the best part of a billion pounds to subsidise a replacement crossing. Nice one guys!) 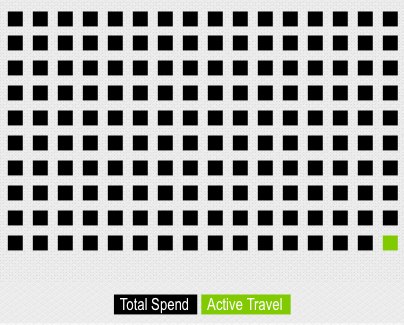 More large infrastructure projects have followed, but the SNP have steadfastly refused to support active travel. Just look at the infogram above: frankly embarrassing.

Not only have they failed to flood this key area with investment, they actually tried to slash it (leading to much protest, largely led by Spokes). Their policies were even attacked as ‘perverse’.

Salmond: cyclists are “pushing on an open door”. Yes, and it leads us back to LibLab coalition, Alex.

The SNP have failed to show the leadership that I believe is required to build a pleasant Scotland where I want to live, work, and play, and raise my children. They sometimes make nice noises but there is still no major capital fund that can be bid for (unless you want to dual a road).

Ironically, the person showing up the SNP most badly is London Mayor Boris Johnson – the Conservative last week announced sweeping investment in improving the city for residents, businesses, cyclists and pedestrians with a massive investment in active travel.

Can it really be that I helped install a government that is worse at governing Scotland than a well-to-heel Tory would be running it from a London office? It seems so.

City of Edinburgh Council is leading the way (even against London) when it comes to active travel investment in the UK, making a 300% larger commitment than Boris (in relative terms). Unfortunately a significant proportion of a small pot of cash still doesn’t go far. 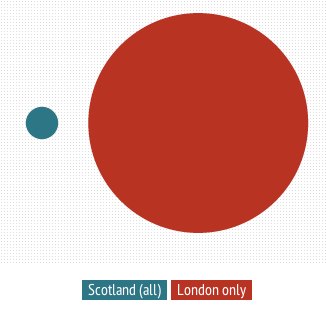 I wrote recently to highlight the plight of the Leith Walk redesign. We could have an international-standard boulevard here that is a pleasant place to be, or we could reinstate the existing seven lanes -worth of racing motors and nasty pavements lined with dying businesses.

The Council have already committed five times the annual cycling budget to Leith Walk (albiet paid for from the obscene trams budget, a drop in that ocean). Still not enough, so funding is needed from elsewhere.

We desperately need the SNP to get behind active travel with a massive investment of funds so that projects like this can be done properly. I’ve now come to the conclusion that it isn’t going to happen – SNP have demonstrated they are not fit to deliver the governance and urban change that Scotland requires.

7% of people heading to work in Edinburgh are going by bike. Numbers are growing elsewhere. We want 5% of Scotland’s transport budget, not a fraction of 1%.

We’re all voters. It’s long past time that we exercised the power that comes along with this vote to send a clear message that we will not accept the slow drip feed that the SNP is offering us.

A few people have made the point that independence (in theory) doesn’t necessarily mean a prolonged ride on the SNP bandwagon – we could all vote for their flagship policy then turn around and reject them at the ballot box at the following elections. This is true, but I feel very unlikely – how popular would the unionist vote be if it came with the caveat that Scotland would be ruled by Thatcher again (but maybe only for a while)?

Alex Salmond and John Swinney could convince us otherwise any time they like – but I know they won’t.

I’ll be voting no. Boris is showing us the way to go, and it doesn’t involve the SNP or an independent Scotland.

What do you think? Is there any real choice in Scottish politics at all? Drop me a comment with your thoughts…

16 thoughts on “YesScotland: not for cyclists”