The story of my maintenance-free commuter bike so far… after 15 months commuting in central Edinburgh, it’s saving me a packet!

Does the White Fright live up to its billing?

I ordered up the parts for a new utility bike – the White Fright – in October 2011. 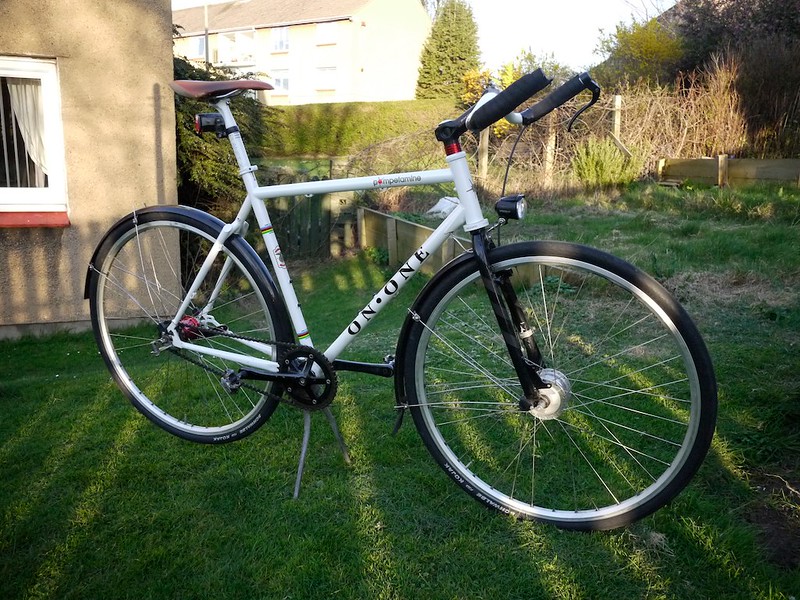 At the time I was at a long-term low of just two bikes – a recumbent and a hardtail MTB. Edinburgh’s neverending quagmire of tram works was making the recumbent a little tiring for the daily commute (although by ‘tiring’ I really mean “had to wait sensibly behind queues instead of squeezing between vehicles”!) and the epic winters of ’10-11 and ’11-12 had cost me savagely in new moving parts for the hardtail…

Special dispensation from my dear wife having been duly obtained, I set forth to make what I hoped would become the most effective urban commuting weapon the cunning of man could devise… all at a canny Scots’ price, you understand! 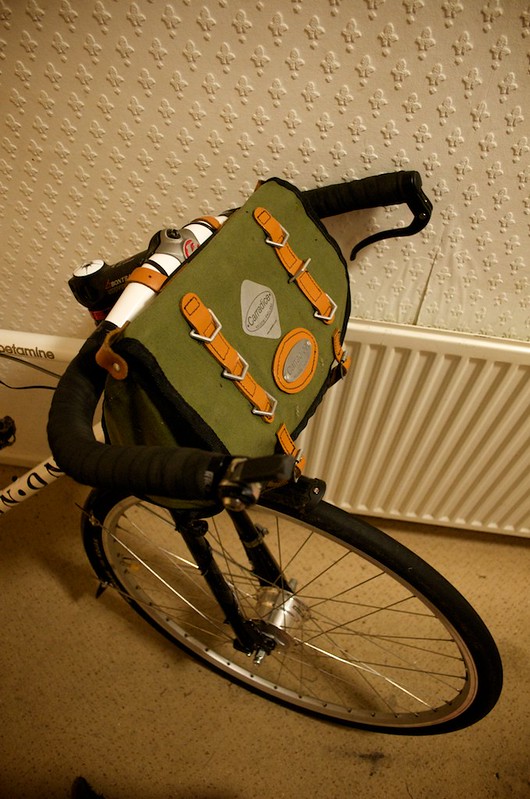 The Maintenance Free Commuter Bike Project was born… I’ll detail it one day in a separate post, but the key is the awesome Sturmey Archer X-FDD front drum brake / dynamo and the rear SRAM Automatix hub gear.

I’m finally posting this as the White Fright is now well over a year old and halfway through its second winter. I estimate the mileage to be a little under 3,500 miles.

Here’s the sum total of the maintenance activity I’ve performed:

* this might seem like a fly in the zero-maintenance ointment, but I’m accepting it as a hard-earned learning experience. Three Sturmey Archer hubs later and I have a great SRAM Automatix doing stalwart service 🙂

Of course, we haven’t even touched on the many things I’ve towed (and money I’ve saved) with the accompanying Carry Freedom Y-Frame trailer… 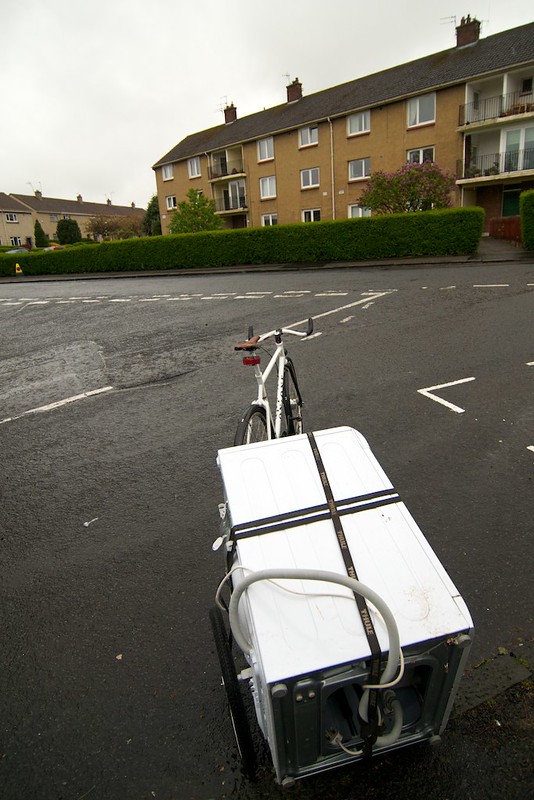 As the faulty hubs were all refunded and I build my own wheels, the long saga of Sturmey Archer didn’t cost anything (except my precious spare time!).

I spent £28.18 on the original tyres and chain, and I’ve since fitted a new chain (at a cost of about £4 – mainly because the larger sprocket needed slack), while the Kojaks are showing their miles and are likely to be decommissioned (as I recently found some half-price replacements).

At 50mpg and current cost of maintenance, 10p will cover our car travelling around 400m and back again 🙁 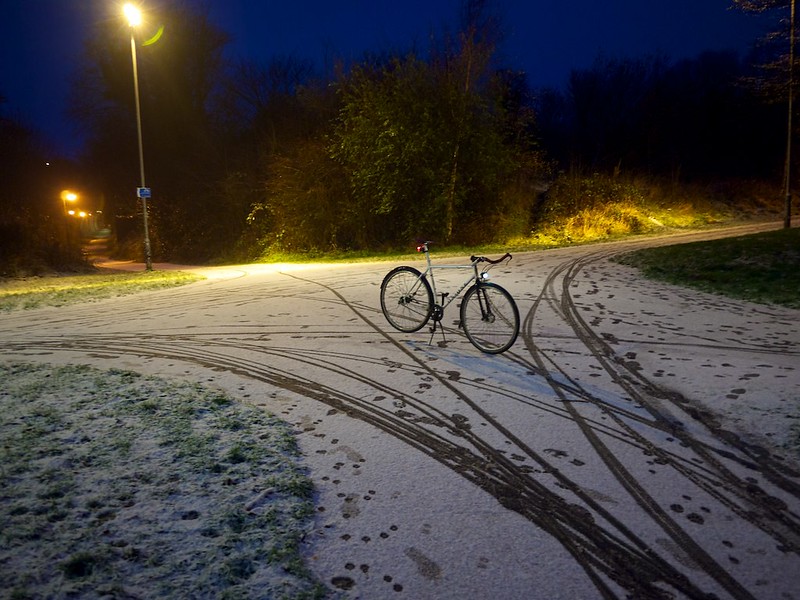 In total I spent £650.91 on the rest of the White Fright parts (this includes all delivery costs and labour charges for the couple of jobs I had the LBS do).

I did reuse some parts, such as saddle and lights.

I can’t see the bike falling apart any time soon (the wheels are still tight and true) but let’s be ultra pessimistic and assume a tiny three year lifespan – that’s still an annualised cost of just £217, or a saving of at least £350pa vs the car.

All said and done…

… I haven’t had to spend a significant amount of time or money on the White Fright in the last 15 months – and I haven’t had any trouble getting to work on time either!

Bearing in mind that I have to pay 40% in various taxes to earn that £350 the car would cost, this bike is effectively a nice pay rise of £580 (or assuming it lasts a more realistic 10 years, a rise of £750+) just for the pleasure of saving time and staying ripped!

Talk about a no-brainer 😀