It has brakes! At last!

Also, side-by-side with the Metabike…

Regular readers will recall from my two previous ‘sneak peeks’ [1] [2] that the High Baron doesn’t exactly lend itself to the fitting of brakes.

That problem was solved on the front with a deep drop Miche caliper, recabled to be ‘bottom pull’ following advice from Nazca who do something similar on the 700C Gaucho.

However, the back brake remained elusive, with the stopgap measure of filing apart a Tektro R725 to get tyre clearance leaving a lot to be desired.

Upon enquiring with Optima as to whether or not the frame might be faulty, I was reassured that…

…the rear brake bridge is made this way to make it possible to fit 28mm tires. But indeed it will only work with a set of brakes with a bit longer arms (47mm – 57mm distance).

Fair enough, let’s get hold of a long drop Miche caliper for the rear, and try that… 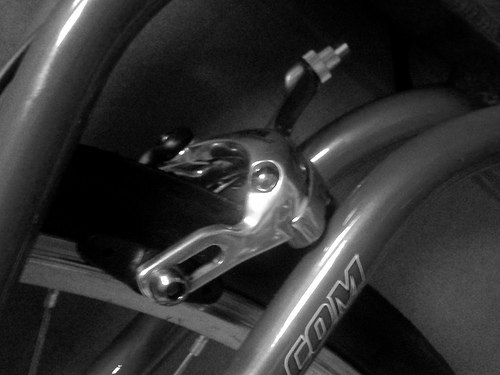 Whoops. Not so much, although it’s easy to believe that an even longer caliper would be OK.

So: how about fitting a long bolt front brake in combination with the conical washers from an Avid disc brake caliper mount: 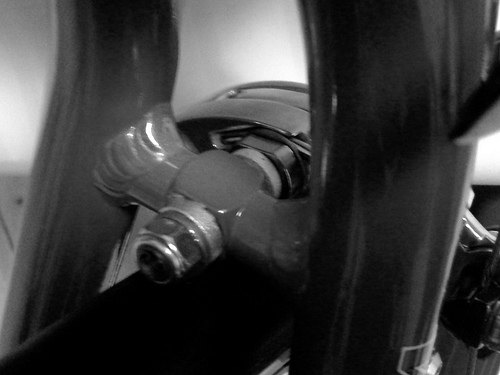 The bolt’s not quite long enough but it’s a workable solution. Unfortunately, this presents the next problem… the caliper offers up the cable right against the end of the frame, with a severe kink needed to wire everything together: 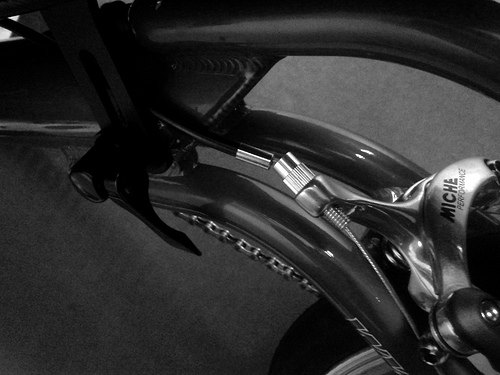 Fortunately amongst the widgets and grommets in the Laid-Back showroom we found a fixing plate with two holes, which could be bent and bolted onto the brake as an adapter:

This actually works really well. It’s not super clear from the photo, but because the adapter moves the cable off the plane of the caliper arms (towards the front wheel) rather than along it (towards the left kerb), it doesn’t seem to have too much impact on the leverage.

Probably you’re thinking “why on earth didn’t these guys just get the recommended brakes”, or “well, I’m glad that’s over” (here here), but since everyone who buys a frameset is going to have the same issue, I think it’s worth being frank about it… plenty of ordinary brakes just aren’t going to fit. Ask Optima and go with their recommendation for an easy life!

Regardless, the High Baron is now essentially complete. We put it up against its competitor of the moment, the Metabike, for an interesting side-by-side view: 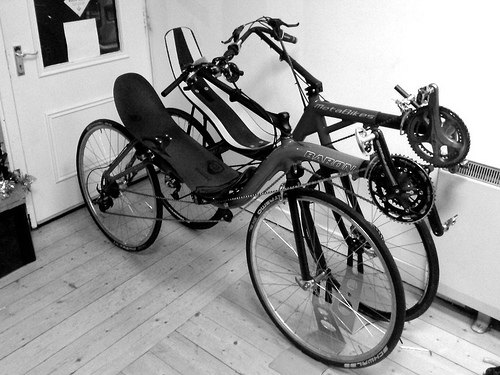 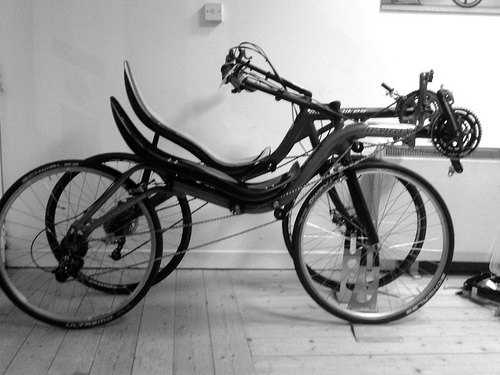 Nice! Whatever you think of the aesthetics, you can see the significant variation in seat height and wheelbase easily enough. This is right around my ‘flat foot threshold’ so makes quite a difference.

As for how it rides? You’ll need to wait a while yet for that update!