A wide slick targeted at a broad range of riding, from utility through to fast touring and recreational road riding. Is this the perfect all-round road tyre? It may just be.

Is this 200tpi wide slick the perfect all-round road tyre?

Schwalbe’s Kojak tyre is a wide slick targeted at a broad range of riding, from utility/commuting through to fast touring and recreational road riding.

You can get these tyres at a considerable discount (with free shipping) from Chain Reaction (also in 20″ size).

Although they are just 1.5x wider than a racing slick, because volume is proportional to the radius squared the Schwalbe Kojak contains a huge amount more air than a standard road tyre:

For most of us, one of the significant disadvantages of a wide tyre (the aerodynamic penalty of pushing aside an extra wedge of air) doesn’t apply, unless you’re time trialling and probably reading the wrong sort of review!

When it comes to speed then, the Schwalbe Kojak are deceptive. On a 23mm slick pumped up to 110psi you really feel the road surface through each of your contact points- the bike feels very lively.

This isn’t so much the case on the 35mm Kojak. Even running the tyre at 100psi doesn’t give the same ‘chatter’ through the seat and bars and this definitely gives the bike less of a pedigree racing feel, even if you’re actually pedalling faster on their buttery smoothness. 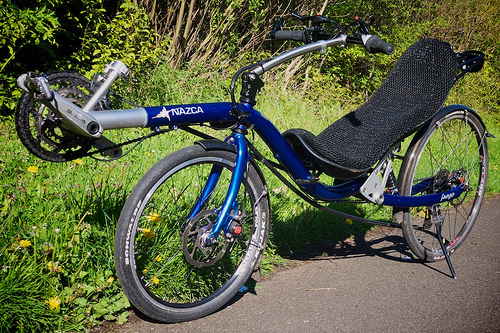 On the velodrome boards, there can’t be much doubt that the Kojak falls behind thin, rock-hard road tyres. While the construction of the tyre is quite supple, it’s not on a par with something like the Continental GP4000s.

However, on the open road the picture’s much less clear – every time your bike vibrates on real life road surface you lose the energy required to lift your bike and body into the air.

You’ll find increasing numbers of people agreeing that wider tyres may actually be faster, and while they’re generally talking about a 25mm (or at most 28mm) tyre compared with a traditional 23mm, you can hopefully accept this as an indicator that a 35mm slick might not be as slow as your imagination dictates. 😉

Schwalbe manufactures the Kojaks from a 67tpi material and the carcass comprises three layers, for a total of 200tpi. Unhelpfully, where other manufacturers add up all layers to give their published total, Schwalbe doesn’t – but don’t let the low number fool you. If Continental manufactured the Kojak it would be quoted at 200tpi.

The huge advantage of the Schwalbe Kojak is in the extra air volume. Run at the lower end of the pressure range they provide an excellent cushioned ride quality, while even pumped up to 100psi they virtually eliminate the high-frequency ‘chatter’ of a rough road.

On a practical note, the Kojaks are also exceptionally good for the potholes, kerbs, sunken manholes and other detritus you’ll experience in an urban setting. Where I’d learn the locations of road damage and swerve around it on 23mm slicks, you can largely ignore these concerns on the Kojak – even quite large potholes can easily be absorbed…

Without tread, the Schwalbe Kojaks can’t be recommended for riding in mud or wet grass, but you probably know that already. I do use them routinely on gravel paths where they are just fine, even in the wet. 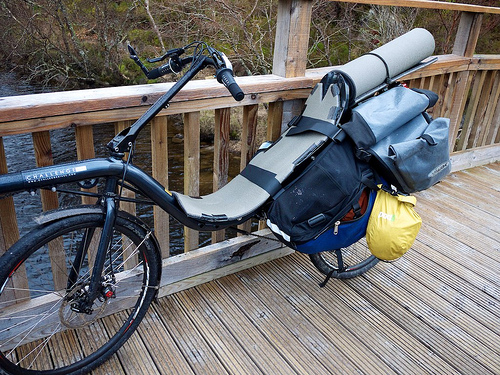 On tarmac the Kojaks are more confidence-inspiring than narrow road tyres, but perhaps not for the reasons you’d think.

Contrary to popular belief, wider tyres do not in general have more grip on the road than do narrow ones (because the increased contact area is approximately cancelled out by the reduced pressure per unit area).

However, that’s only considering a perfect surface. In practice, as the road gets rougher a wide tyre will stay in contact better, because it is providing suspension which just isn’t there with a rock hard narrow slick.

The Kojaks, especially run in the middle or low end of their pressure range, absolutely help keep the bike in contact when the going gets rough! This is especially significant on the small front wheels of many recumbents.

The only way to get more actual friction is to use a softer rubber compound, or add weight to the bike. Softer rubber doesn’t last as long, which is why expensive race tyres often have different compounds across the tyre profile (hard and low rolling resistance in the centre, tacky for cornering on the shoulders).

The Kojak isn’t one of these, being made solely of the ‘Speedgrip’ compound, which, judging by Schwalbe’s documentation, sits something like this:

Obviously the above is ranked by speed. You’d be silly to go touring on short-lived RaceStar compound, so it’s a more nuanced choice than that! 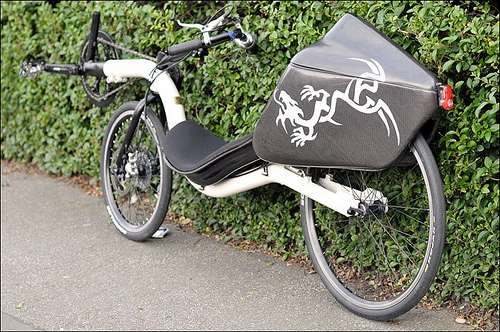 The Schwalbe Kojaks have a puncture strip and, importantly, there’s plenty of rubber on that slick tread which also helps defeat foreign bodies.

So far I’m up to 7 months commuting through central Edinburgh on my current Kojaks with one puncture (ironically when I lent someone the bike to demo around the block!) – that’s about 1500 miles.

The treads have several good gashes in them, which at some point I might try putting superglue in, but no end-of-life symptoms yet (there’s still loads of rubber on both ends).

As I ride a substantial distance on a disused railway path covered in glass, this is probably a fair trial of the tyres.

I previously ran a 26″ Kojak on the back of my Raptobike lowracer for around 3,500 miles and it never punctured, although see below…

Overall you can expect good mileage from the Kojaks – significantly more than a road race tyre, if not as much as the harder compound on touring tyres such as Marathons would yield.

The Kojak on my Raptobike eventually failed when I tore the sidewall on an Edinburgh-tram-related portage up a flight of steep city stairs! Pilot error… but it’s worth being aware that fundamentally low rolling resistance and a supple, less robust sidewall go hand-in-hand. 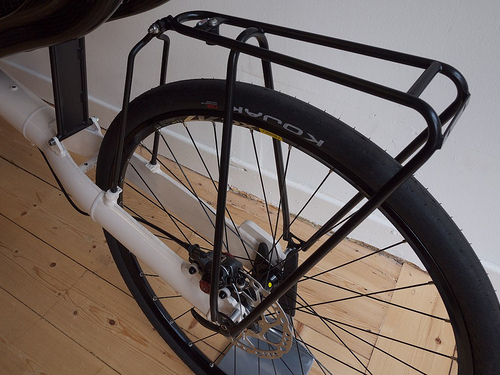 While I happily ride Kojaks on hardpack or well-trodden dirt paths (like the Union Canal towpath), I wouldn’t use it to ride on green roads or anything more adventurous where a stray rock could trash the sidewall.

However, the weight penalty is fairly modest with the 700×35 Kojak giving up 40g to the 700×28 Durano and, as noted above, it’s much lighter in 26″ than the Conti Gatorskin (in 700C, folding Gatorskins are lighter than the Kojak).

The Kojak is my current favourite all-round tyre. I don’t have them fitted to my Strava bike or my hardtail mountain bike, but otherwise they’re my first choice for all applications.

They feel confidence inspiring in town, laughing off road defects just as easily as they take on unsurfaced (but not muddy!) paths. 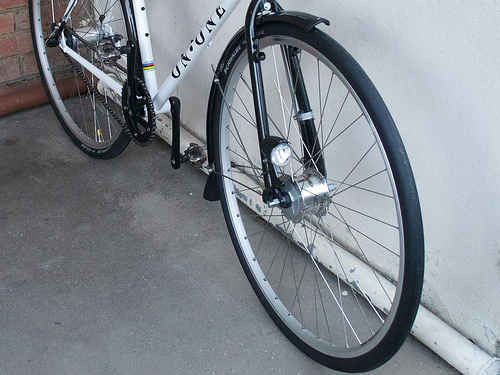 They spin up to speed quickly and seem to roll for ages. They’re also competitive head-to-head – in fact at the time of writing I hold a couple of Strava KOMs in Edinburgh on Kojak tyres!

They have a respectable life and they’re also relatively cheap – 26″ ones are currently going for £18 on ChainReaction while I paid £12 each for my 700x35s from Planet X (you should be able to pick them up for £20-25 a piece outside of sales).

Note: The internet suggests these tyres are generally a couple of mm narrower than their nominal width, and on a 17mm rim my 700x35C Kojaks are 33.5mm wide.