~55 miles, ~2800ft of ascent, deserted roads on this cycle route around the coast of Arran – an excellent day out for all the family!

A cheeky day out

An island paradise where something in the air seems to stop people driving like arses – and very accessible to the central belt (without needing to drive) as a bonus! 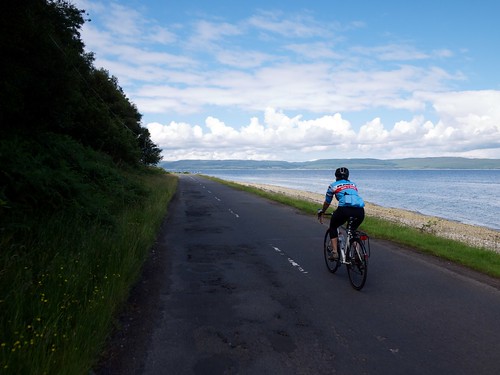 Ardrossan is 40 minutes from Glasgow Central by train, and the ferry crossing takes under an hour. 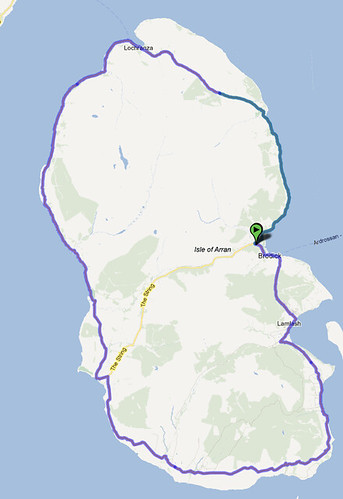 From Brodick, the road is completely flat all the way to Lochranza, with the small exception of the 200m climb just before the village – fortunately this is a long spin rather than a steep effort, and while the surfacing is excellent, there’s also plenty of room (and visibility) for overtaking. 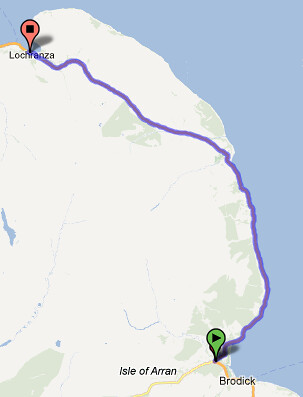 Sandy beaches, blue seas, fair surfacing and almost pan flat, this is a lovely section whether you’re touring or training.

After Blackwaterfoot, the road starts to roll, although there are no serious climbs – perhaps a couple of short sharp ones though!

Although there’s more habitation this section is still quiet, and now boasts some pleasant views over a more rugged coastline. 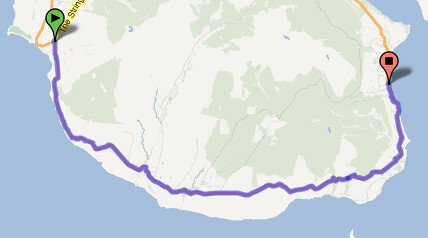 Two hills separate Whiting Bay and Brodick – unfortunately winching your way up these is also the section of road on the island where you’re most likely to encounter traffic, but if you avoid rush hour (or riding out in front of the ferry traffic) we’re still talking about a pretty agreeable section.

Neither hill is particularly steep or long – between them, ~200m of ascent over ~5km, for an average of 4% gradient. 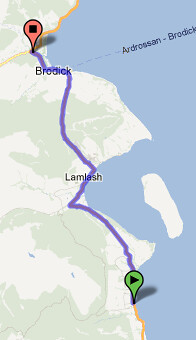 There’s at least one good cafe in Lamlash if you want to fuel up before the dash for the boat! 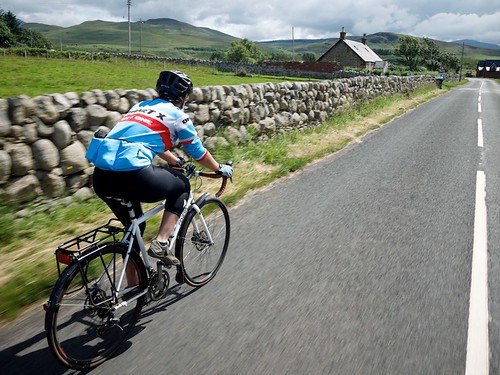 9 thoughts on “Cycling around Arran”