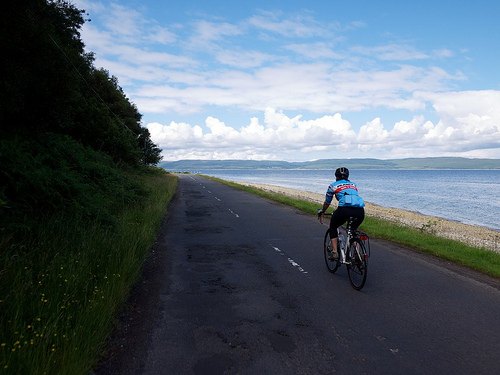 The experience of riding many audaxes is like combining the best bits of lots of strangers’ favourite rides all in one go. Jink through country lanes that seem like they might end at any moment (but never do), slave up wild passes that are hardly even marked on an OS map (yet the tarmac is in suprisingly good condition), pound along trunk roads that you’d never otherwise dare (yet nobody comes close to grief on) – the full spectrum.

Amaze yourself when you realise it’s possible to ride between major cities on quietish roads in relatively short order – try Edinburgh to Stirling for lunch (via Perth!) and you hardly feel like you’ve seen a soul on the road?

Sometimes you’ll ride an audax and have volunteers every fifty miles or so in village halls to pamper you, but eventually you’ll find yourself in an empty supermarket car park at 5am, riding from one side of the country to the other picking up receipts and cash machine statements until you get to the same deserted car park at midnight, then post the collection of receipts back to the organiser. 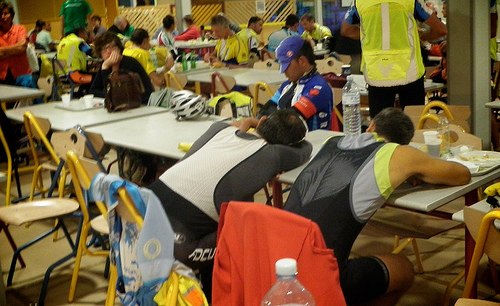 Even on a “popular” ride there’s no sag wagon or mechanical assistance. Nobody will come looking for you if you don’t show up at the back entrance to motorway services by the cut-off time. If you can’t handle it or your bike falls apart, you have to find your own way back.

That’s not to say that fellow riders won’t be more than willing to lend a hand – a posse doing a group puncture fix or scratching their heads over a crumpled wheel is common enough.

But you can’t rely on it.

The rarified distances of audax will teach you more about yourself than almost any commercial challenge. Can you get up and head back into a storm at 2am with 400km in your legs and another 200km to ride against the clock? What goes through your head in splendid isolation in the middle of nowhere?

Be part of something different

In 2011 just over 1200 people tabled on the Audax UK results list (by finishing at least one ride of 200km or more). That’s about a quarter of the field of a single “charity” sportive like the Etape Caledonia. 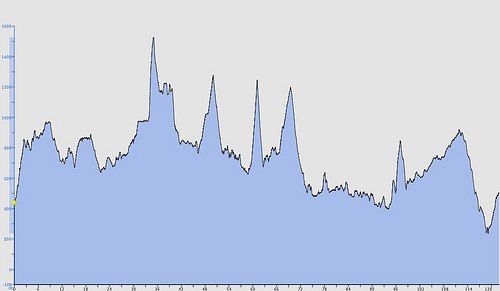 My experience is that any given event will have 20-40 riders (unless it’s unusually long or hilly, for instance, when the field might swell to double that). Nobody is anonymous on an audax ride – the organiser and volunteers will remember you and ask after you, especially if you’re suffering.

I suppose you might find the intimacy of a small field a disadvantage somehow, but if you prefer there’s nothing stopping you riding the whole event in solitary confinement and responding to all enquiries with a tired grunt!

Anyone and their dog can ride sportives, not so many ride audax, even though the routes are often very similar. In all honesty, that’s probably how audax riders prefer it!

Perhaps just because audax isn’t fashionable, you won’t really have to worry about obnoxious club riders or daft wannabes. In fact, despite requiring nothing more in common from participants than the ability to suffer, audax nevertheless seems to attract just the right sort of chap(ette). 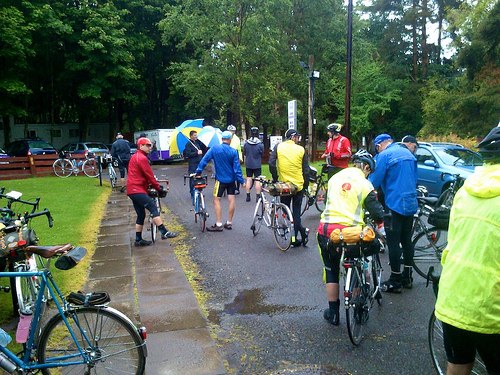 People will be happy to chat to you about their kit, but even if they’ve discovered the best thing to hit cycling since the invention of the wheel, you always get the impression that it will be “sold” (if at all) in a half-apologetic, self-deprecating manner.

Nobody will ever turn their nose up at your lack of carbon valve caps or non-matching stem spacers or tell you you should lose some weight or buy a PowerTap. (But they’ll be politely interested in any of these things, should you want to discuss them).

You don’t need to spend money on it

I’m not talking about the entry fees (although I may as well add that you could ride an audax on the same route as a sportive, carry your own directions with you and only pay 10% of the price).

No, I’m talking about your bike and gear. One glance at the field of every audax ever ridden is enough to prove you can go stupendously far even if all you have to your name is a gas-pipe beater and half a pair of trouser clips. 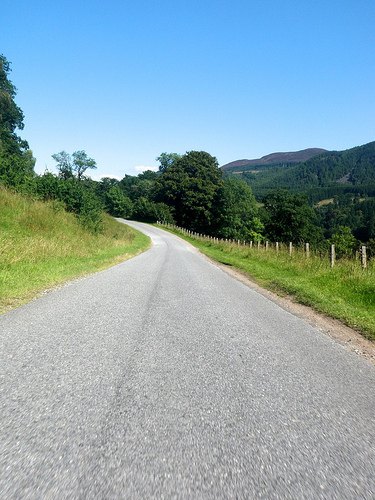 It goes without saying that an inefficient or uncomfortable bike (or clothes, or whatever) will make a long ride more of a challenge, but if you just keep turning the pedals, you can get there on almost anything.

In fact, on any given ride there’s a fair chance that at least one unlikely looking character on a mountain bike is about to tear your legs off on the first climb (and may or may not wait for you to recover at the top)…

Everyone who finishes gets the same number of points

This is it in a nutshell. If you are keen on “competitive audax”, you can only measure yourself against others by the quantity of 200km or longer rides you finished in a season, regardless of finishing time.

There’s a secondary measure of respect based on the altitude climbed, although rides have to be fairly hilly before you get any credit at all (I think the Etape Caledonia would only qualify for 1.75 points – the Snow Roads 300km nets 4.75).

Either way, the dogged grinding out a result at the 15kph cut-off speed get just as many points as would a time trial team – only the quantity of your achievement is worth anything.

That really helps set up the atmosphere that makes audax as good as it is. Why would you not slow down and help a struggling rider fix a flat or pull into the wind when it makes no difference to your own result? 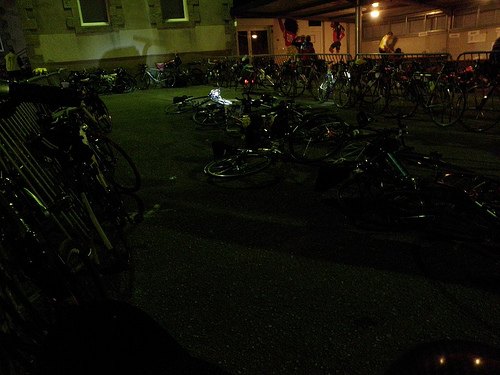 2 thoughts on “What makes audax different?”