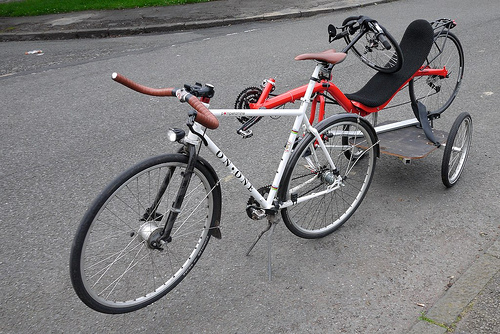 By fastening the bike rack to the towing arm rather than the trailer itself, I was able to mount the recumbent at an angle, keeping the essential pedalling / turning space clear: 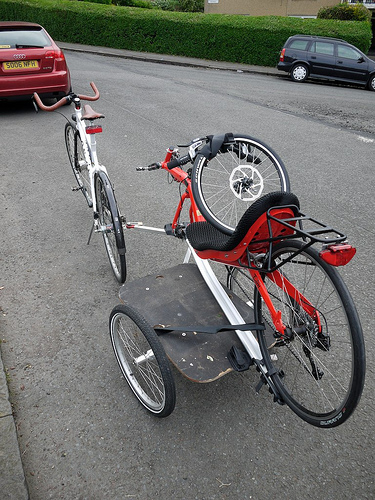 Riding like this with a strongly asymmetric load isn’t very good, mainly because the y-frame trailer itself doesn’t weigh much, so it’s easier than you’d think to tip over. I managed to avoid this through careful riding, then promptly forgot all about towing a trailer at all when I got into Marchmont, and slammed my shin into the bare chainring while dismounting… oops! 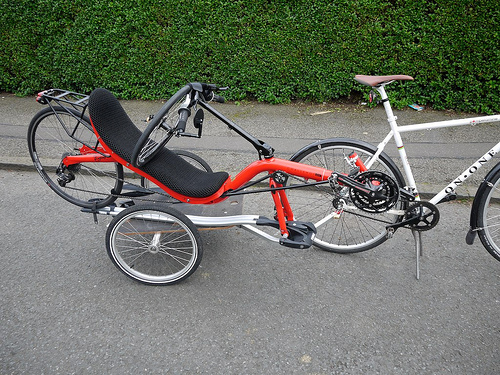 It goes without saying that an extended towing hitch would allow a more sensible tow – I just haven’t got over the idea of paying almost 1/3rd of the trailer cost for a piece of square-section that’s been bent in a couple of places (however precisely!) just to carry outsized loads once in a blue moon.

One thought on “Recumbent bike transportation”