Travelling fast and light – well made, but at a price.

I recently tested the Bacchetta Corsa with a Radical Solo Aero bag, courtesy of Laid-Back-Bikes in Edinburgh.

While I’ve previously written about Radical’s excellent Banana Bags, which are akin to panniers in size, at 12 litres the Solo Aero is better thought of as a stand-in for a saddlebag on a conventional bike. 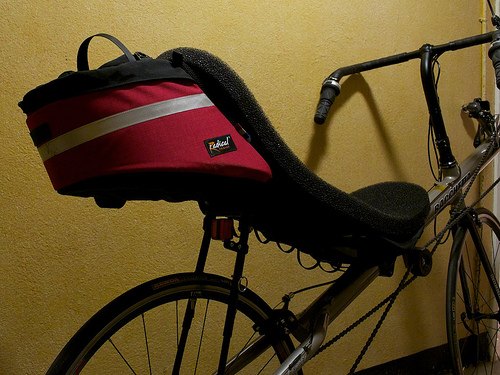 Unlike a saddlebag, of course, the Solo Aero fits tightly behind your body and will not contribute significantly to aero drag (it might even make a modest improvement, although I doubt you could measure this without instruments).

It comes in five striking colours to suit any paint scheme.

The Solo Aero hangs over the back of a narrow seat – the fit is excellent on both the Corsa’s mesh seat and the hardshell seats of the Raptobike midracer and Nazca Gaucho.

In fact the bag is available in two widths but isn’t designed for really wide meshes (such as those found on ICE trikes) however hard you try! 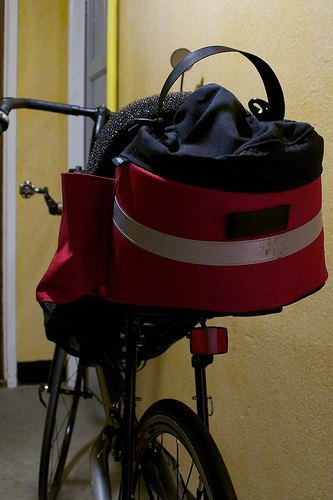 There are no ‘controls’ – you just drop the Solo Aero over the seat back. To remove, grab the convenient carry handle and pull. Superb for cafe stops or brevet controls!

12 litres is a little bigger than the Carradice Barley or Pendle but not as big as the Nelson; if it helps, it’s about the same size as one lowrider pannier such as an Ortleib front roller. 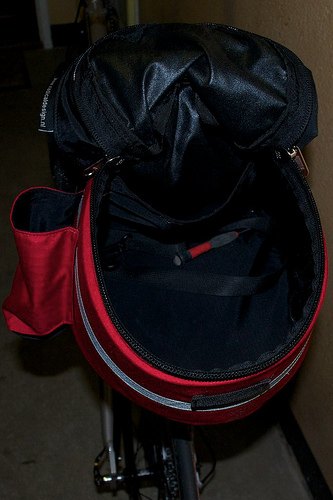 While you wouldn’t tour with this bag alone, it’s certainly more luggage than many riders take on Paris-Brest-Paris and would still compliment a touring load, when you might like to put your valuables and easy access items in the Solo Aero.

If this isn’t making the most of your seat real estate, you can go as large as 30 litres with a Radical ‘Rackbag Extended’ (but that’s another story).

An aluminium stiffener means that the Solo Aero holds its shape completely whether empty or full, and makes it a joy to access.

One internal pocket will keep wallet etc. separate from whatever else you are carrying.

The left side of the bag features a fabric bottle holder. While this will hold a bottle very securely, I found it difficult to reinsert the bottle on the move after taking a drink – some kind of stiffener around the lip would be an improvement here. 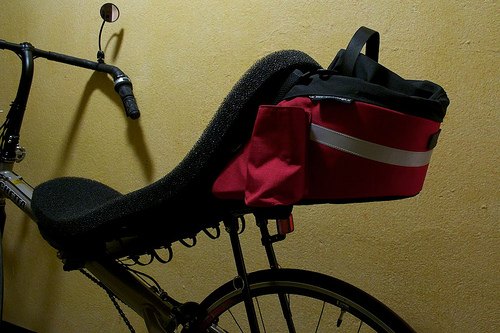 The main double zip (nice touch – open to either side) is protected by a hefty storm flap. While not waterproof, the Radical Solo Aero will do a good job of protecting your cargo.

The bag also comes with a quick-release shoulder strap that can be attached to two hardpoints for carrying the Solo Aero ‘hands free’.

The Solo Aero features a strip of very useful retroreflective material – you can see this in the photo below – which performs powerfully as it’s just at the right height to be struck by the headlamps of cars and other bikes: 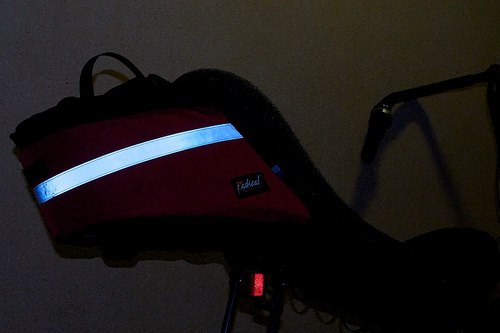 Finally, but not least – the bag acts as a reasonable mudguard, keeping road debris away from your head (although not, of course, away from the rear brake and lower half of the bike).

This is considerably more expensive than repurposing a general rack bag if your bike has a rack. On the other hand, you are enjoying superb build quality and a well thought-out design (or, your bike may not have a rack and this is your only choice!)

If you have a go-fast bike then your choice for aero carrying capacity boils down to this or the Solo Classic (which is smaller and significantly lighter, but comes without bottle holder and has reduced rear-wheel clearance), or the Solo Racers (which sling either side of the seat like miniature Banana bags). 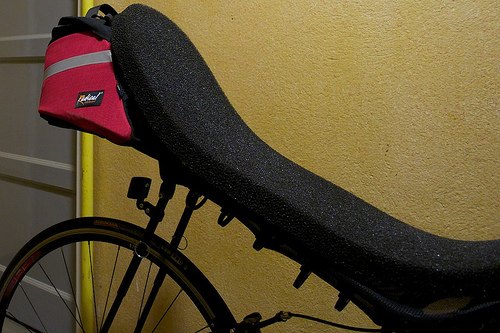 If you have the tyre clearance, the Solo Classic / Aero will certainly not slop about as I imagine the Solo Racers might (based on the larger Banana Bags, at least).

At the end of the day you can’t go far wrong with any of the above, but the rigidity of the Solo Aero, and the bottle holder (if you can master it on the move), will both be big pluses in daily use.