What your grandfathers’ grandfathers had to say about that most vexatious of issues… road tax!

1850s economist bitch-slaps whining British motorists from beyond the grave

During a recent discussion about the cost/benefit analysis of a transport infrastructure project, the following question was asked of efforts to make cycling more attractive (at the apparent expense of driving):

On the face of it this sounds like a fair question. The Exchequer makes £0.80 for every litre of fuel, so if efforts to promote active travel succeed, and people stop driving hundreds or thousands of miles a year – doesn’t this represent a substantial loss to society, with everyone from 11 Downing Street to your local garage or AA man missing out? 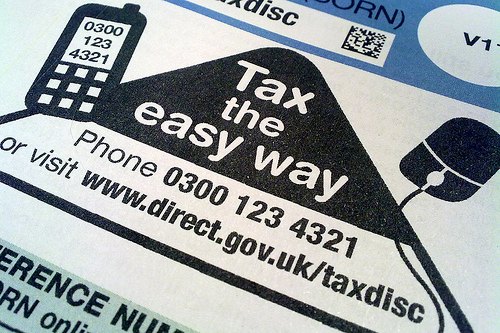 Ironically this question was addressed by Frédéric Bastiat in his 1850 classic Ce qu’on voit et ce qu’on ne voit pas (That Which Is Seen and That Which Is Unseen). In it he discusses spending problems of the day cast in a very similar light – particularly the analogy of the shopkeeper with a vandalised window, who is reassured “it’s for the best – otherwise think of all the glazing businesses that would go bust”.

Imagine that all across the country, broken windows are supporting a large and prosperous glazing industry; any change that results in fewer broken windows (whether that is stamping out kids throwing stones, or just inventing better glass that breaks less often) will put glaziers out of business, crippling the economy to one degree or another… right?

The point Bastiat makes – so simple and yet no more acknowledged now than 160 years ago – is that money not spent on glaziers (or driving) does not disappear into the void. Quite the contrary – he points out that if the window was not broken, the money would have gone to the shoemaker instead of the glazier, and it is a fallacy to judge the balance as ‘lost’ as if the alternative to hiring a glazer is for the money to evaporate.

Every penny of money not spent on driving is recirculated into the economy, and the Exchequer (and everyone else) is still taking their cut. Even if people took the savings they make through active travel and banked it, the government still receives an enormous revenue from taxing the banks (whatever you think of that!)

Just as in the case of broken windows in the 19th century, driving in the 21st century (the sort of driving that is displaced by cycling, at least) represents a straightforward and almost total loss – the only advantage it has going for it is that it transports people from A to B, but other transport modes achieve this too, without many (or any) of the downsides. The sad reality is that after the 3p/km in taxes paid by motorists is taken into account, society has to stump up an extra 10p subsidy for every kilometre driven. 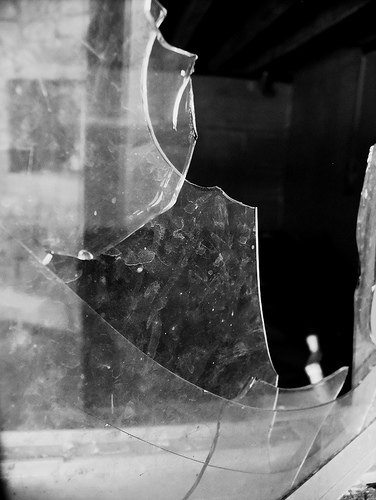 Unfortunately, precisely because driving is so widespread and involves such large costs, measures are generally taken which prioritize small improvements to the lot of motorists instead of solutions which display a bit more foresight. Things are apparently better than they were in the 60s and 70s (the lost decades of short-sightedness) but there’s still such a long way to go before our public institutions can claim even to be in the same century as the infrastructure planners and policymakers of other European nations.

Have you ever witnessed the anger of the good shopkeeper, James Goodfellow, when his careless son happened to break a pane of glass? If you have been present at such a scene, you will most assuredly bear witness to the fact that every one of the spectators, were there even thirty of them, by common consent apparently, offered the unfortunate owner this invariable consolation—”It is an ill wind that blows nobody good. Everybody must live, and what would become of the glaziers if panes of glass were never broken?”

Now, this form of condolence contains an entire theory, which it will be well to show up in this simple case, seeing that it is precisely the same as that which, unhappily, regulates the greater part of our economical institutions.

Suppose it cost six francs to repair the damage, and you say that the accident brings six francs to the glazier’s trade—that it encourages that trade to the amount of six francs—I grant it; I have not a word to say against it; you reason justly. The glazier comes, performs his task, receives his six francs, rubs his hands, and, in his heart, blesses the careless child. All this is that which is seen.

But if, on the other hand, you come to the conclusion, as is too often the case, that it is a good thing to break windows, that it causes money to circulate, and that the encouragement of industry in general will be the result of it, you will oblige me to call out, “Stop there! Your theory is confined to that which is seen; it takes no account of that which is not seen.”

It is not seen that as our shopkeeper has spent six francs upon one thing, he cannot spend them upon another. It is not seen that if he had not had a window to replace, he would, perhaps, have replaced his old shoes, or added another book to his library. In short, he would have employed his six francs in some way, which this accident has prevented.