+ Exceptionally smooth rolling tyres…
– … at the expense of durability
BUY:Wiggle [up to 40% off] or Chain Reaction [up to 15% off] (AS PUBLISHED)

Let’s get one thing out of the way – if you buy these tyres and ride them on real roads, it’s likely that at some point you may get a puncture.

While Vittoria have always equipped their headline Open Corsa EVO range of tyres with a puncture strip, these are not intended to be reliable commuting tyres; everything about them is optimised for suppleness and speed, from the microscopic 320tpi carcass to the tread which is so thin it may as well be painted on.

I’m lucky (or foolish) enough to have enough bikes and wheels to be running the Continental GP4000s, Schwalbe Ultremo and three flavours of Open Corsa Evo (CX, KX and KS) just now. See my head-to-head (coming soon) for a direct comparison. 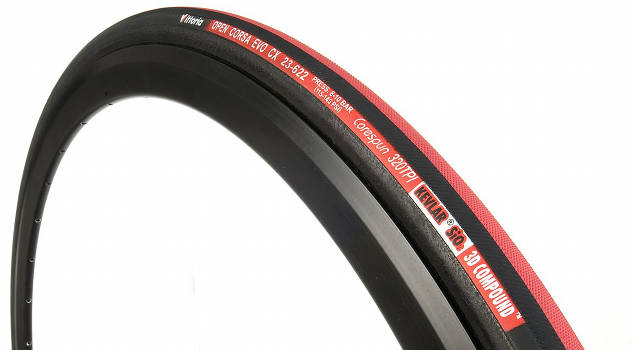 The Open Corsa CX is the popular choice, but you can also get hold of a range of alternative treads on the same carcass: the older KX and KS (slick and more heavily treaded on the shoulders) being the two I have direct experience of.

I can’t tell any real difference between the slick and wet weather versions myself, though it may pain Vittoria’s R&D division to hear that!

The Open Corsa CX isn’t the lightest race tyre, but it’s still very competitive – Schwalbe’s Ultremo is around 15g lighter in the same size, but we’re talking less weight than the change in your pocket and nothing to lose sleep over.

21mm, 23mm and 25mm sizes are all on offer, of which the last two are most likely to be of interest on our cratered roads. Pleasingly, they seem to come up on-size – you won’t buy a tyre labelled 23mm and find it’s actually a rebadged 21mm to keep the weight down.

As always, you may be surprised at the difference in air volume between the tyre sizes:

Vittoria are proud to claim that the Open Corsa is “provenly the fastest all-round racing tire available” and though you should take that with a grain of salt, it has performed very strongly in third party tests (including some quite geeky ones you can find online).

The carcass has been made at a phenomenal 320TPI, which makes it almost 3x thinner than the carcass on a Continental GP4000s. This reduces rolling resistance (at the cost of strength) and of all the tyres I’ve spent serious time on, the Open Corsa is certainly the one which leads the way when it comes to a feeling of raw speed.

As above, having the option of going wider allows for even faster rolling tyres – the disadvantage of an increased cross-section into the wind shouldn’t worry you unless you’re riding time trials (in which case your bike might not even fit a 23mm tyre, never mind a 25mm one!)

As I’ve written before, the Open Corsa (like the GP4000s and Ultremo) are measurably faster than some tubulars (such as the Continental Competition) which should tell you all you need to know about how fast they really are. 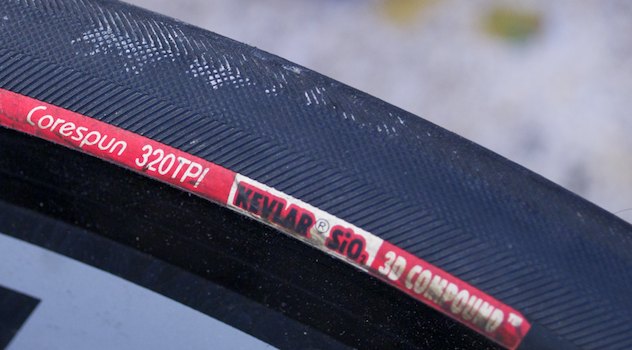 Standard caveat: The Vittoria Open Corsa Evo CX is a race tyre. It’s not designed to be comfortable in the same way that a touring or utility tyre is (if that’s what you want, I’m afraid you need a different bike!)

That said, of all race tyres I’ve tried the Open Corsa stands head and shoulders above the others for its smooth ride at a given pressure and width: it’s like riding on a wider size altogether (or letting 15psi out!)…

While I certainly wouldn’t tour on them, so long as you’re happy with the relatively limited mileage, they make a great choice for long days in the saddle.

In the dry the Open Corsa CX has great grip – things are less clear in the wet, where I find them to be less confidence inspiring, especially compared to the super tacky GP4000s or Ultremo.

That said, they’re streets ahead of a more basic (and hard wearing) commuter tyre. Any of these three would be perfectly acceptable, but when you ride them head to head on greasy tarmac… the Open Corsa is edged out a little, in my opinion. 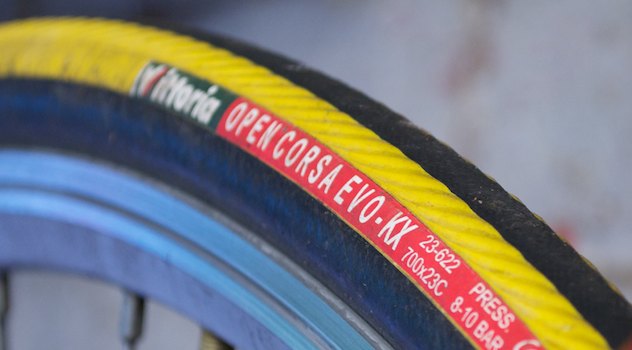 I want to say that it’s only a matter of time, but that’s probably being a little unfair on a tyre which is designed from the ground up to serve a purpose where the ocassional flat is quite acceptable.

If you want a heavy and protected tyre, they’re on the market too.

That said, I do think the Open Corsa EVO is more vulnerable than either of my recommended alternatives (the Continental GP4000s and the Schwalbe Ultremo).

In common with all true race tyres the sidewalls are unprotected: vital to minimise rolling resistance, but exposing them to risk of damage compared with heavier and less supple tyres.

There are sufficient reports online of people tearing these tyres up that I think it’s safe to conclude they are at least *somewhat* more vulnerable than, say, the GP4000s. It’s really quite hard to be objective because people with the worst luck shout loudest!

I do ride my Corsas on less than perfect roads (including some short bits of urban path which never see a sweeper) because I don’t believe it’s worth paying for top-quality tyres and sitting them on the mantlepiece. 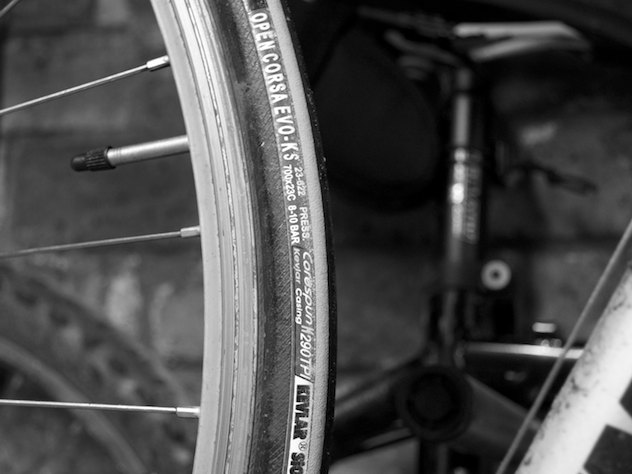 As mentioned above, watch the sidewalls.

I’m hoping to get 2000 miles on the rear tyre which I’ll consider fair innings. At the end of the day they are a consumable item, and we accept the flipside of high performance with eyes open.

With the Open Corsa EVO CX (and sister tyres in the same line), Vittoria has really hit the ball out of the park on the performance front. Nothing else will get you as close to the feel of tubulars without actually riding on them.

In fact, I prefer my Open Corsa -equipped wheelset to my tubs because they’re so close in feel that all I’m left with are the many downsides of riding a tub…

They look fantastic. If you want a really good looking race tyre look no further!

+ Exceptionally smooth rolling tyres…
– … at the expense of durability
BUY:Wiggle [up to 40% off] or Chain Reaction [up to 15% off] (AS PUBLISHED)