Last weekend I got out on the Schlitter Encore for my first long ride – a hilly 55 miles around the Tour o’ the Borders short route with David Gardiner of Laid Back Bikes (who took these pictures).

The company kindly sent me a frameset to build up and review, so I’m now using it to put in the miles before coming to a final verdict. However, here are some early impressions…

First, the Encore is scandalously light. Even with spare parts from my garage collection the complete bike (including pedals and seat pad) weighs in at ~10kg, so it could easily be lighter if you invest in the finishing kit. As it is, I don’t think you will find a lighter frameset off the peg at anything like this price. A frameset will set you back a little over 1900EUR.

It’s also impressively stiff – possibly the stiffest recumbent I’ve ridden since my RaptoBike lowracer. That said, the super long handlebar setup does bend a lot when you haul on it, which is giving me some caution trying to rank the bike absolutely (I’m not sure how I would rank it against the M5 CHR for stiffness, for instance).

The frame does not have a sliding boom – instead the factory glue the BB ‘cap’ onto the end of the frame once cut to length. There is a little adjustment in the seat clamp to allow a range of riders to fit comfortably, so it’s not going to be impossible to sell on, but someone with the original owner’s dimensions is always going to be in the sweet spot.

And what a sweet spot it is! 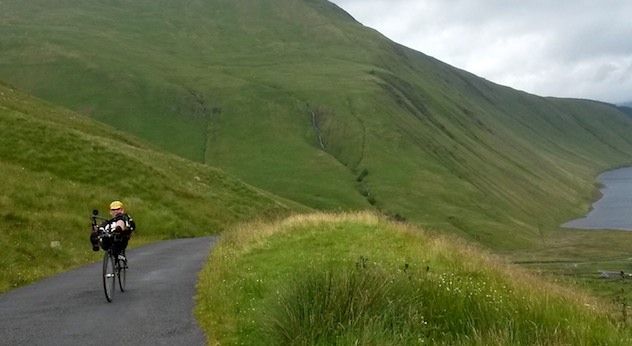 It’s hard to overstate how well the Encore handles in a general sense. It’s night and day compared to the poor experience I had on the Bacchetta Corsa, quite apart from the issue of getting your feet down (see below). The bike is perfectly balanced which means you can take full advantage of the short wheelbase without it feeling too unstable or twitchy.

Although there are other reasons to choose one over the other, I would rank the Encore above the Metabike (carbon and aluminium versions) in the handling stakes too. You can see from the photos that these are challenging roads, but I was able to descend almost as fast on the Encore as I did on my High Baron next time out. The MetaBike never quite made it for me on limited review mileage. That’s extremely impressive when you consider how much experience I have on my own bike! 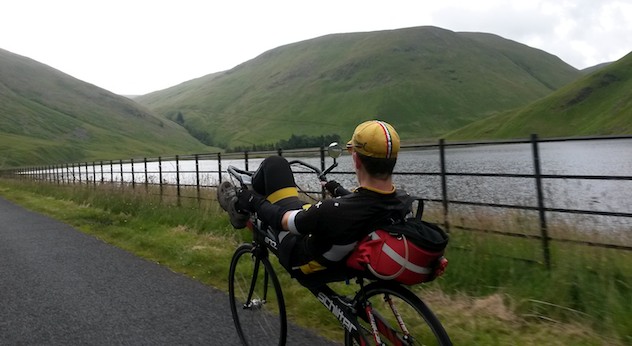 Although the seat is still high compared to the High Baron (or especially the M5 CHR) it’s fine for me to touch down when stationary without having to move on the seat. Since I have a relatively short x-seam, this makes the bike even more attractive compared to the traditional stick bike models.

One of the most visible innovations on the bike are the handlebars – “J-bars” which try to combine the open cockpit riding position with the forward visibility of a tiller setup. I’ve never got on with open cockpits in general, but I will say that the bars on the Encore are surprisingly comfortable once you get them adjusted right. The forward visibility really is excellent and for that reason alone I think they’re a no brainer. 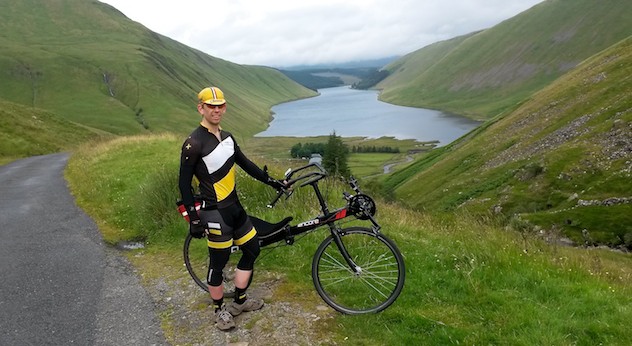 Unfortunately I’ve already had two incidents where the bar hit my thigh. One forced me to abandon the steep (> 20%) climb up Talla because I just couldn’t keep my legs inside the bars while putting out full power to keep the bike moving. The second was a high speed sweeping turn onto a shared path where I had to basically slam my inside foot into the ground and grind on my cleat to stay upright after entering the corner a bit too fast and sharply. I should add that in normal riding (including a few rush hour commutes) the Encore has given me no trouble at all. I’m probably just too used to the ease of the tiller setup.

I don’t feel the Encore is quite as aerodynamic as the High Baron for any given seat angle, and indeed my power meter testing shows a small advantage to the Optima (to the tune of ~0.5mph at 200W) on the flat. I used the same wheelset for this comparison and think it is broadly valid, although more research is needed!

Anyway, enough rambling for now. It’s time to go for a ride!

Hit the comments section if you have any questions or feedback… 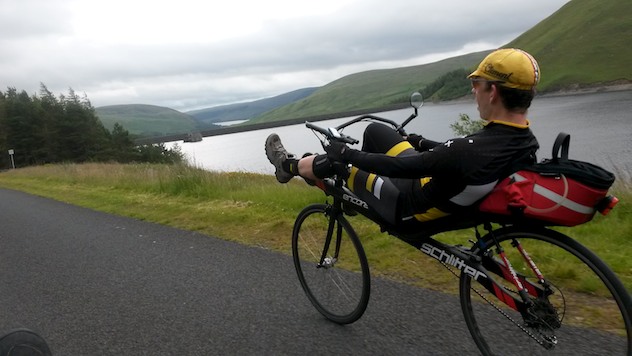