Following my recent PowerTap test of the RaptoBike Midracer / DF racer, I said I hadn’t bothered to record a maximal effort on both bikes because the figure would reflect a lot of inequalities:

However, more than one person in various forum discussions said I should record maximal uphill efforts on both platforms to provide some backdrop, despite the fact that it wouldn’t isolate a particular factor.

So, against my better judgement 😉 I ran a head-to-head between the MetaBike I had out on trial (known to be one of the stiffer and better climbing recumbents) and my all-steel commuter bike. I chose the commuter because the all-up weights of both bikes come very close – possibly the DF is a little heavier in fact…

I hit the nearest Strava segment to me, a short 10% incline for which the KOM is a level minute, something I’m targeting on my lighter, stiffer, DF Strava bike. Here are the results:

As they say in the trade, “discuss”!

Remember that this is just the power hitting the ground, not the power going in at the pedals, so that’s certainly a source of significant uncertainty. The MetaBike is supposed to be very stiff and efficient though.

I didn’t bother to take HR for a one minute sprint, and in each case I went as hard as I could. The efforts felt completely different though – on the DF I had to dismount and rest before I trusted myself on the 10% downhill; on the MetaBike I just turned around and coasted down, my legs were jammed but overall my body had not been nearly so challenged. (I now realise it might be worth repeating this with a HRM to see what my peak HR is after the effort is over, to try and quantify this). 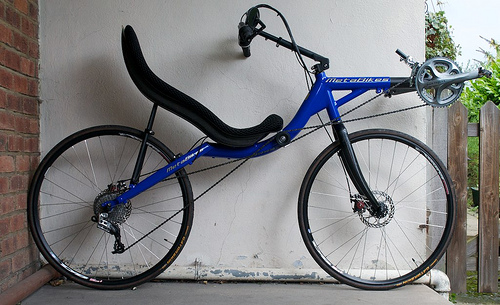 Personally I don’t think this says much about the efficiency of either platform but more the biomechanics/physiology of my performance – there’s no way the MetaBike drivetrain is losing 200W to flex (enough to power 19 compact fluorescent light bulbs!) while it’s easy to believe that I’m just not generating much wattage when I isolate the muscles of my legs/hips as compared to the dynamic action of powering the DF uphill.

~60 seconds to ~90 seconds perhaps includes some kind of boundary of my anaerobic energy systems – so the MetaBike is disadvantaged by falling back onto aerobic pathways towards the end of the effort, compounding the gap in performance. If that’s true and I chose a hill which was a 30 second effort on the DF it should take less than 40 seconds on the Meta (or I could choose a 5 minute climb to compare aerobic metabolism, and hope to see less than 6:48 from the MetaBike). 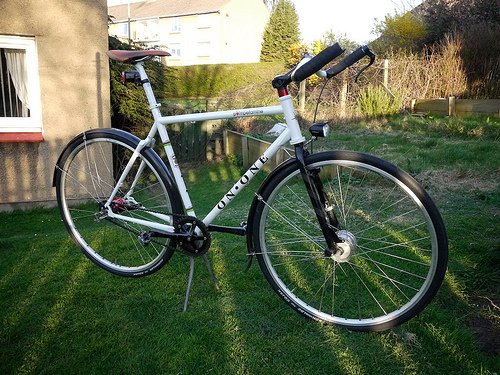 There we go, anyway. I don’t think it proves much but at least it quantifies the gulf in performance I see which resulted in me building up a Strava-specific DF bike (rather than buying something like a Fujin SL2!)